The Tale of the Fisherman and the Fish 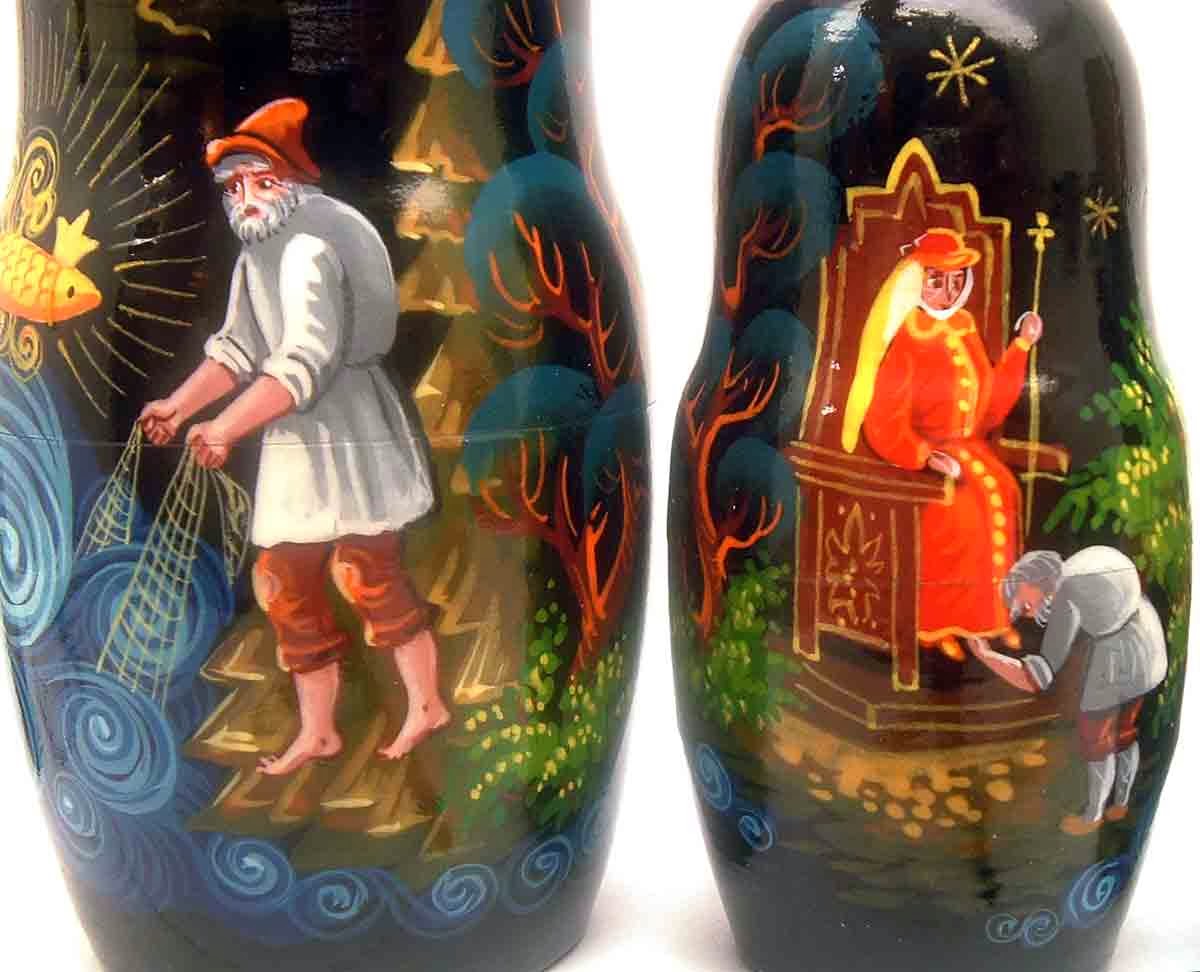 In 1833, Russian author, Alexander Pushkin, wrote a fairy tale about an old fisherman who captures a golden fish.

In exchange for freedom, the golden fish promises the old man that he will grant any of his wishes. The fisherman tells the fish that he does not want anything and immediately sets it free.

When he gets home, he tells his wife what had happened and she gets very angry with him. She reminds her husband about their broken trough and tells him to go back and ask the fish for a new one. When the husband asks for a new trough the golden fish happily grants his request.

As her husband asks for each of these items, the sea becomes more and more tempestuous. When the old man asks that his wife be made the Ruler of the Sea, the fish takes away all of her wishes, giving her back her old hut and broken trough.

The moral of the story is this: be grateful for what you are given. Gratitude may grant you a golden fish, but greed will strip you of everything.

Here is a cute little Russian video I found on the fairy tale. The first little section is an introduction to Pushkin's fairy tales.