How A Lie Can Destroy a Life 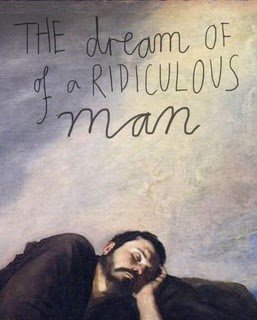 Fyodor Dostoevsky is one of my favorite authors. I recently finished re-reading one of his short stories entitled, "The Dream of a Ridiculous Man."

In the story, a man who is contemplating suicide falls asleep and dreams that he is taken to another world. The inhabitants of this world live in an idllic or sinless state (much like Eden) and he lives with them for many years, amazed at their utopian society.

One day, the narrator accidentally teaches the inhabitants how to lie, introducing sin into their society. The narrator then watches as their paradise disintegrates. I thought that several paragraphs from the story were particularly interesting:


They began to struggle for separation, for isolation, for individuality, for mine and thine. They began to talk in different languages. They became acquainted with sorrow and loved sorrow; they thirsted for suffering, and said that truth could only be attained through suffering. Then science appeared. As they became wicked they began talking of brotherhood and humanitarianism, and understood those ideas. As they became criminal, they invented justice and drew up whole legal codes in order to observe it, and to ensure their being kept, set up a guillotine. They hardly remembered what they had lost, in fact refused to believe that they had ever been happy and innocent. They even laughed at the possibility o this happiness in the past, and called it a dream. They could not even imagine it in definite form and shape, but, strange and wonderful to relate, though they lost all faith in their past happiness and called it a legend, they so longed to be happy and innocent once more that they succumbed to this desire like children, made an idol of it, set up temples and worshipped their own idea, their own desire; though at the same time they fully believed that it was unattainable and could not be realized, yet they bowed down to it and adored it with tears!

...everyone began to love himself better than anyone else, and indeed they could not do otherwise.  All became so jealous of the rights of their own personality that they did their very utmost to curtail and destroy them in others, and made that the chief thing in their lives.  Slavery followed, even voluntary slavery; the weak eagerly submitted to the strong, on condition that the latter aided them to subdue the still weaker.

After witnessing these scenes of destruction the narrator then offered his solution:


The chief thing is to love others like yourself, that's the chief thing, and that's everything; nothing else is wanted - you will find out at once how to arrange it all.  And yet it's an old truth which has been told and retold a billion times - but it has not formed part of our lives!

And you gotta love the voice of Jeremy Irons reading this part of the story!