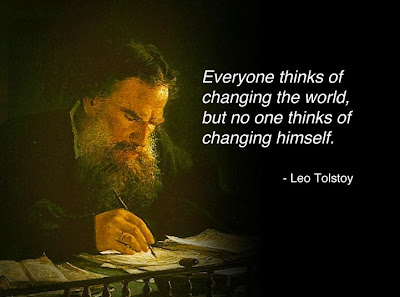 Once he finished relating his experience, the Chinaman offered these words: "The higher a man's conception of God, the better will he know Him. And the better he knows God, the nearer will he draw to Him, imitating His goodness, His mercy, and His love of man. Therefore, let him who sees the sun's whole light filling the world, refrain from blaming or despising the superstitious man, who in his own idol sees one ray of that same light. Let him not despise even the unbeliever who is blind and cannot see the sun at all."
Email Post
Labels: God Leo Tolstoy Religion The Coffee House of Surat