Is Your Life Better Than Napoleon's?

I am always moved by these words written by Robert G. Ingersoll, an American political leader and orator. Deeply profound.

A little while ago I stood by the grave of Napoleon, a magnificient tomb of gilt and gold, fit almost for a dead deity, and gazed upon the sarcophagus of black Egyptian marble where rests at last the ashes of the restless man. I leaned over the balustrade and thought about the career of the greatest soldier of the modern world.

I saw him walking upon the banks of the Seine contemplating suicide; I saw him at Toulon; I saw him putting down the mob in the streets of Paris; I saw him at the head of the army of Italy; I saw him crossing the bridge at Lodi with the tricolor in his hand; I saw him in Egypt in the shadows of the pyramids; I saw him conquer the Alps and mingle the eagle of France with the eagles of the crags. I saw him at Marengo, at Ulm and Austerlitz. I saw him in Russia, where the infantry of the snow and the cavalry of the wild blast scattered his legions like winter's withered leaves. I saw him at Leipsic in defeat and disaster, driven by a million bayonets back upon Paris, clutched like a wild beast, banished to Elba. I saw him escape and retake an Empire by the force of his genius. I saw him upon the frightful field of Waterloo, when chance and fate combined to wreck the fortunes of their former king. And I saw him at St. Helena, with his hands crossed behind him, gazing out upon the sad and solemn sea.

I thought of the orphans and widows he had made; of the tears that had been shed for his glory and of the only woman who had ever loved him pushed from his heart by the cold hand of ambition.

And so I would ten thousand times. 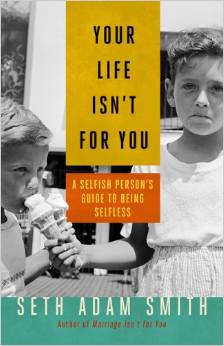