Transforming Depression Into a Blessing 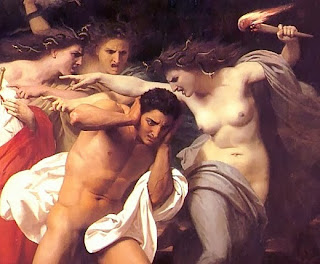 In his book, The Road Less Travelled, psychiatrist M. Scott Peck explained how even our heaviest burdens (including mental illness) can become our greatest blessings. All we need to do is accept our condition and undertake the necessary steps to heal ourselves.


… these painful, and unwanted symptoms of mental illness, are manifestations of grace, the products of a ‘powerful force originating outside of consciousness which nurtures our spiritual growth.’ As is common with grace, most reject this gift and do not heed the message. They do this in a variety of ways, all of which represent an attempt to avoid the responsibility for their illness. Usually, in many subtle ways, they will blame the world outside them – uncaring relatives, false friends, greedy corporations, a sick society, and even fate – for their condition. Only those few, who accept responsibility for their symptoms, heed the message of their unconscious and accept its grace.

The relationship between grace and mental illness is beautifully embodied in the great Greek myth of Orestes and the Furies. Orestes was the grandson of Atreus, a man who had viciously attempted to prove himself more powerful than the gods. Because of his crime against them, the gods punished Atreus by placing a curse upon all his descendants. As part of the enactment of this curse upon the House of Atreus, Orestes’ mother, Clytemnestra, murdered his father and her husband, Agamemnon. This crime in turn brought down the curse upon Orestes’ head, because by the Greek code of honour, the son was obliged above all else, to slay his father’s murderer. Yet the greatest sin a Greek could commit was the sin of matricide. Orestes agonised over his dilemma. Finally, he did what he seemingly had to do and killed his mother. For this sin, the gods then punished Orestes by visiting upon him the Furies, three ghastly harpies who could be seen and heard only by him and who tormented him night and day with their cackling criticism and frightening appearance.

Pursued wherever he went by the Furies, Orestes wandered about the land seeking to atone for his crime. After many years of lonely reflection and self-abrogation, Orestes requested the gods to relieve him of the curse on the House of Atreus, stating his belief that he had succeeded in atoning for the murder of his mother. The gods held a trial. Speaking in Orestes’ defence, Apollo argued that he had engineered the whole situation that had placed Orestes in the position in which he had no choice but to kill his mother, and therefore Orestes really could not be held responsible. At this point Orestes jumped up and contradicted his own defender, stating, “It was I, not Apollo, that murdered my mother!” The gods were amazed. Never before had a member of the House of Atreus assumed such total responsibility for himself and not blamed the gods. Eventually, the gods decided the trial in Orestes’ favour, and transformed the Furies into the Euminides, loving spirits who through their wise counsel enabled Orestes to obtain continuing good fortune.

The meaning of this myth is not obscure. The Euminides are also referred to as ‘the bearers of grace’. The hallucinatory Furies represent the private hell of mental illness. However, Orestes did not blame his family, nor the gods or fate, as he well might have. Instead, he accepted his condition as one of his own making and undertook the effort to heal it, and through this healing process of his own effort, the very things that had caused him agony became the things that brought him wisdom.

As someone who struggles with depression, I am keenly aware of how difficult it has been to "accept [my] condition as one of [my] own making" and undertake the effort of healing.

But I can also attest to a marvelous, inexplicable source of power that has come to me as a result of accepting full responsibility for my condition. The day I stopped running away from pain and blaming other things for my problems is the same day I was given strength to face my demons.

In consonance with these sentiments, I want to share one of my favorite quotes by Robert Louis Stevenson: "You cannot run away from a weakness; you must some time fight it out or perish; and if that be so, why not now, and where you stand?"
Email Post
Labels: Cause of Depression Depression Euminides Fighting Depression Greek Mythology M. Scott Peck Mental Illness Orestes