Are You Terrible or Blessed? 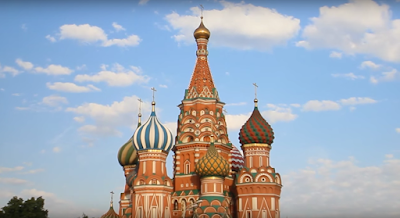 In Moscow, Russia, at the far end of Red Square, stands the iconic and beautiful St. Basil's Cathedral. There is a tragic, thought-provoking story behind this building. Have you heard it?

Once a church, this unrivaled structure was not built by a saint—nor was it originally made to memorialize any Christian virtues. It’s construction was ordered by the Tsar, Ivan Grasni, a man history knows as Ivan the Terrible. This building was to commemorate his victories in war.

Ivan the Terrible was an iron-fisted ruler whose brutal legacy has haunted Russian history and politics. Given to paranoia and fits of rage, Ivan conquered nations and killed thousands and even murdered his own son. But just outside the Kremlin walls there was one man whom Ivan feared—a peasant by the name of Basil.

Those who knew Basil considered him a prophet. He saw things which others could not and did things which others would not. In heat of the summer and in the cold winter, Basil would walk the streets with little clothing, giving whatever he had to those in need. In sharp contrast to the murderous, opulent tsar behind the Kremlin wall, Basil lived humbly and nurtured life in others. On numerous occasions, Basil openly rebuked the Tsar, calling him to repentance.

Racked with guilt—Ivan would often send gifts to the prophetic peasant, hoping to appease him. But Basil would simply give the gifts away.

Time passed, and Ivan continued to wage costly wars while Basil gave what little he had to a precious few. Ivan became more hated and infamous, while Basil became more loved and venerated. When Basil died, Ivan was overcome with grief and did something that no one expected. He left the Kremlin walls and carried the peasant’s coffin to the Cathedral where they buried him.

The humble heart of a peasant had melted the heart of a tyrant.  From then on, the building was known as St. Basil’s Cathedral—in honor of the peasant prophet.

This story prompts me to ask: Am I symbolically more like Ivan the Terrible or St. Basil the Blessed? Do I live for myself, as Ivan did? Or do I give of myself, as Basil did? For the way we live our lives has an impact—not only on ourselves, but on those around us, and on the generations that will follow us.