Gold in the Superstition Mountains 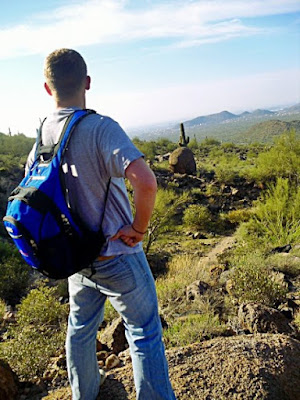 There is a range of mountains in Arizona known as the Superstition Mountains. Long ago, a Dutchman claimed to find a secret cache of gold there, but he died before he could reveal the location of the treasure.

Conversely, the Native Americans have long believed the Superstitions Mountains to be a sacred place. According to legend, the mountains are home to the Thunder God.

Over the past year, I have hiked all over the Superstition Mountains. I haven't found the gold, but I have had a lot of good talks with God. While walking up and down those mountain paths, His voice has whispered to my soul, and it's caused me to make thunderous changes in my life.

And that, to me, is worth more than a fabled treasure.
Posted by Seth Adam Smith